100-meter flagpole by AMIRA was installed in Krasnoyarsk

On December 28, the grand opening of a 100-meter flagpole with a gigantic flag of Russian Federation took place in Krasnoyarsk. The large-scale structure was designed and produced at the Megapolis plant of the AMIRA Group of companies in Krasniy Bor (Leningrad region).

The flagpole consists of 11 steel sections with a total weight of more than 70 tons. Within a week, the sections were delivered by trucks from Krasny Bor to the installation site on Nikolayev Hill. The assembly and installation took several days. In the difficult conditions of negative temperatures and stormy wind, the specialists of the company “Amira-Energomontazh” carried out jewelry work on the installation of a giant flagpole, as well as the arrangement of vertical illumination.

Taking into account the installation on the Mykolaiv hill, whose height is 505 meters, the flagpole has 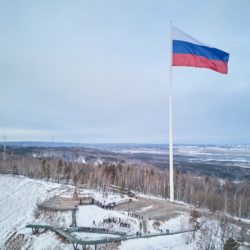 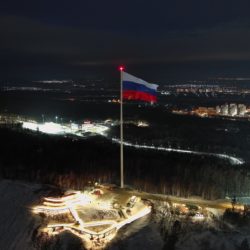 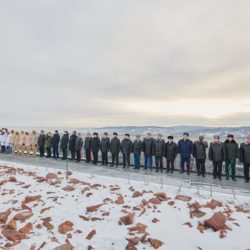 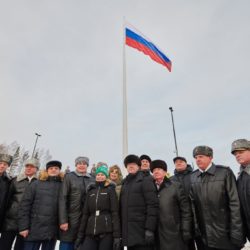 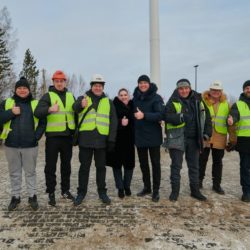 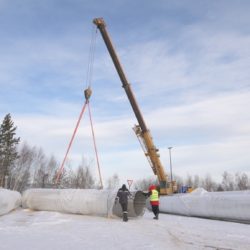 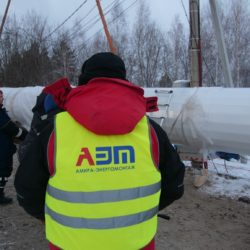 become the highest in Russia. The national flag hoisted on it is the same large-scale. The size of the flag is 33×22 meters or 726 sq.m.

Due to the relatively small dimensions of the foundation, the flagpole does not look bulky, but it is made with a sufficient margin of safety. The electric lowering and lifting mechanism easily raises the flag to a given height, and the installed anemometer will help to lower the flag if the wind gusts are too strong.

Thanks to the vertical illumination, the flagpole with the flag can be observed even in the dark.

The solemn event was held with the participation of the Governor of the Krasnoyarsk Territory Alexander Uss, the first persons of the city and Krasnoyarsk schoolchildren.

Merry Christmas and Happy New Year! Prev
© Amira Group. All Rights Reserved. This information is not a public offer. 1991 - 2023