The Slavyansky Bulvar transport interchange is the intersection point of metro lines, the first diameter and bus routes in Moscow. There are quite a lot of passengers here at any time, almost a train station.

Landscaping works were carried out around the TPU: sidewalks were expanded, stops, pedestrian crossings, landscaping were added, overhead power lines were removed underground, and lighting was also updated. 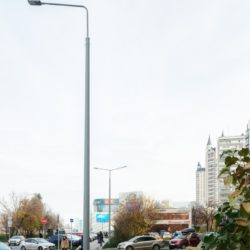 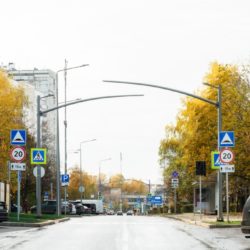 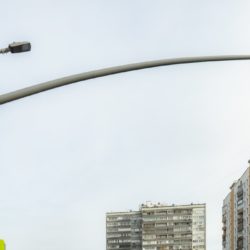 Round-section poles are made of sheet steel by bending, followed by galvanizing and painting.

We are glad that we have become a part of the project.

AMIRA installed lighting complexes on the Birzhevoy Bridge Prev
Merry Christmas and Happy New Year! Next
© Amira Group. All Rights Reserved. This information is not a public offer. 1991 - 2023