Entrance stele MOSCOW from the group of companies “AMIRA”

The Soviet entrance stele “Moscow” at the intersection of the Moscow Ring Road and the Varshavskoye Highway was installed in 1972. Almost 50 years later, it was decided to reconstruct it.

The Moscow City Overhaul Department has contacted us with a request to complete this extraordinary project.

At the Megapolis plant of the AMIRA group of companies, steel sheets – the future letters were primed and painted with a special zinc-containing paint to protect against corrosion. And the 48-meter base, consisting of four parts, was galvanized and painted scarlet.

Within a week, the structure was taken out in parts from the Leningrad region to Moscow and immediately installed. 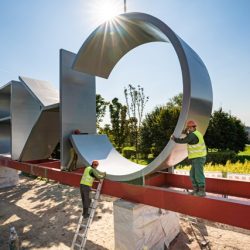 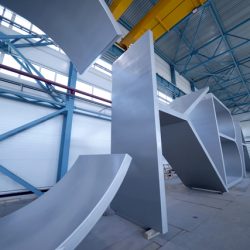 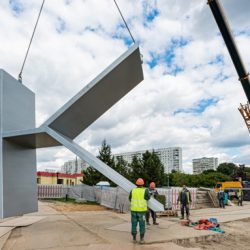 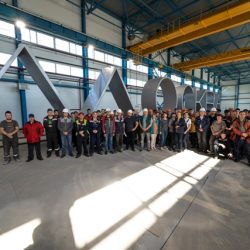 The 75-meter flagpole by AMIRA is installed on the banks of the Amur River on the border of Russia and China Prev
The Governor of the Leningrad Region (Russia) opened the second stage of the Megapolis plant (AMIRA Group) Next
© Amira Group. All Rights Reserved. This information is not a public offer. 1991 - 2022