The AMIRA Group of Companies has installed lighting masts at the Dostyk railway terminal.

In 1991, a railway was laid through the Dzungarian Gate, connecting the transport networks of Europe and Asia. Since then, railway junctions have been modernized and rebuilt more than once. The new terminal at Dostyk station allows containers to be transferred from trains with a narrow gauge (1435 mm) to trains with a wide gauge (1520 mm) and back. Thus, the capacity of the China-Europe border station is gradually increasing.

Lighting of the terminal was entrusted to the company “AMIRA”. The station has 25-meter masts with a mobile crown (VMO series), as well as 40-meter masts with a stationary platform (VMON series). The structures of the lighting masts are designed taking into account the strong winds characteristic of the Dzungarian Gate.

We are sure that the terminal staff appreciated the lighting from our masts. 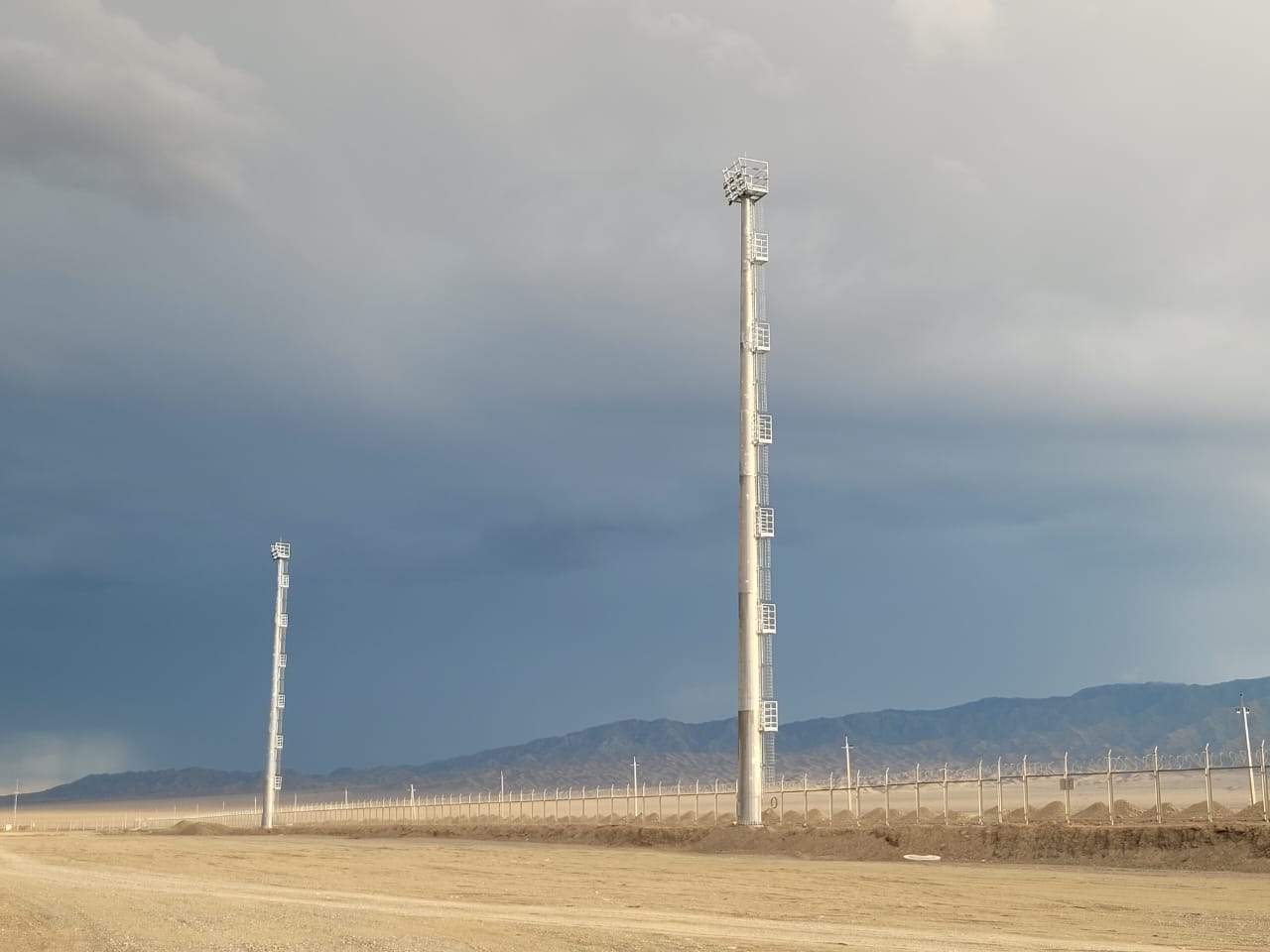 For detailed advice on the selection of equipment: